Snaking through the streets of the Harringay Ladder, a housing estate tucked alongside Green Lanes between Turnpike Lane and Manor House, is an unassuming little alleyway. It is used daily by the residents who probably don’t give it much thought, but the fact that this alleyway runs right through these houses and is named, got me curious. Most alleyways don’t have their own identity. What makes the Harringay Passage different?

To start with, Haringey or Harringay? The etymology of the words are all different variations of the same Old English: Hæringeshege. Hæring was a Saxon chief who lived probably in the area around Hornsey. Hæringeshege meant Hæring’s enclosure and evolved into Haringey, Harringay and Hornsey.

In modern use, the two spellings have distinct uses. Haringey, is a London borough, just north of Camden, and south of Enfield. It encompasses 11 square miles, including Alexandra Palace, Tottenham, Wood Green, Finsbury Park, Muswell Hill, Highgate, Seven Sisters, and Harringay the district itself, among others. Harringay the district runs from Duckett’s Common, a small park just south of Turnpike Lane station, to the top of Finsbury Park. It’s centre is Green Lanes, which the Harringay Ladder and Harringay Passage run alongside.

Up until 1880, what is now the Ladder, was Harringay House, and it’s extensive grounds, Harringay Park. Harringay House was the largest house in the area at the time, built in 1792 on the site of an old Tudor House pulled down in 1750. As London’s population grew from around 700,000 in the mid 18th century, to 5.5 million at the close of the 19th century, there was an obvious need for expansion outwards. Harringay, among many other areas outside London, was enveloped into a suburb.

Interestingly, what became the Harringay Passage pre-dated the Ladder. Up until the mid 19th century, the borough of Hornsey paid the borough of Tottenham to dispose of it’s sewage in the river Lea. Then in 1869, Hornsey commisioned Baldwin Latham, a consulting engineer, to improve the area’s sewage. The result was Hornsey Outfall Sewer, which can be seen above as a faint blue line running through Harringay Park.

The Harringay Ladder (named so because on a map the streets look like the rungs of a ladder) was built between 1880 and 1900 as two seperate housing estates, Hornsey Station estate at the north end, and Harringay Park estate at the south. As the streets developed, nothing could be built above the sewer, and so it became a footpath. Thus the Harringay Passage was born!

Time to explore! I began my route from the south end of the passageway, on Umfreville Road. The pathway may once have led to Harringay Railway Fields but is now blocked off.

This southern stretch of the Passage still has original victorian York guttering, pictured below.

Dotted along the passage are these ornate Victorian cast iron sewer vents, there to allow gases to escape and stop the sewer exploding!

There’s many other examples of the Harringay’s Victorian origins, including this drainage pipe, and a postbox.

A friend I met on my way!

The Harringay Passage is particularly valuable as a safe walking route between the schools at either end; North Harringay Primary, South Harringay Infants and South Harringay Juniors. These schools were all built along with the ladder, and are classic Victorian red brick schools.

Of particular interest is a section of wall in the Passage running adjacent to North Harringay Primary, connecting Falkland Road and Frobisher Road. I walked past this wall countless times before one day noticing it’s graffiti, which spans a period of over 120 years!

This section of wall is possibly my favourite part of the Harringay Passage, as it’s exactly the kind of history I set this blog up to document. Little examples of history left by ordinary people, in this case, mostly school children.

The passageway ends at the north end of the ladder by coming out onto Turnpike Lane between Grill 51 and Shania Supermarket.

And that concludes Little History’s first blog post! I hope you enjoyed reading, and please keep an eye out for more content! Thanks!

7 thoughts on “Harringay Passage and the Century Old Graffiti” 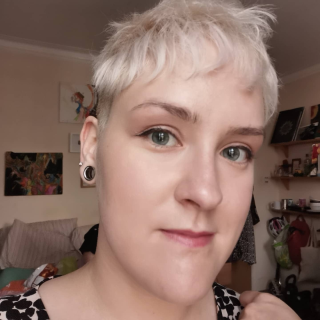